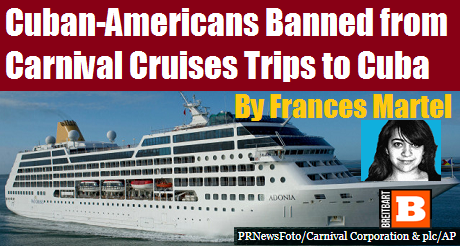 A Carnival Cruises line has announced a “very intensely cultural experience” on their inaugural voyage to Cuba for all interested Americans — except Cuban-Americans, whom the Cuban government has banned from purchasing a ticket.

Carnival’s decision to abide by discriminatory Cuban law could place it in violation of the 1964 Civil Rights Act, though courts have been hesitant to address whether American cruise ships in international waters are still beholden to American civil rights law.

Carnival’s “Fathom” line will be sailing to the cities of Havana, Cienfuegos, and Santiago de Cuba beginning May 1 after coming to an agreement with the communist Cuban regime. Its website promises an authentic experience: “If you’re serious in your desire to see the real Cuba from the inside, through the eyes of the Cuban people themselves.” For those concerned the experience in an impoverished communist country will be too authentic, however, Fathom promises:

Every night, you’ll return to the comforts of the MV Adonia, where are all the details of getting from location to location in Cuba are taken care of. Enjoy the sights, the sounds, tastes and rhythms of everyday life and relax knowing that virtually all the costs, including meals, lodging, and daytime shore excursions, are already planned for you and covered in the price of your Fathom journey.

The cruise line has also published a video advertisement promising guests will experience “the culture, cuisine, and historic sights through its people.”

Journalist Fabiola Santiago of Miami’s El Nuevo Herald, noting that nowhere in Carnival’s advertising is the ban on Cuban-Americans mentioned, attempted to book a trip to Cuba for October. Her ticket was immediately canceled when Carnival required her to show them her passport, which revealed she had been born in Cuba. Her U.S. citizenship did not override her place of birth.

A Carnival spokesman issued Santiago a boilerplate statement: “Current Cuban law prohibits Cuban-born individuals from entering Cuba via ship or other sea vessel, regardless of U.S. citizenship status. For that reason, at the present time, Fathom cannot accommodate Cuban-born individuals.” When challenged, the Carnival representative appeared to suggest that the company would be content to follow any discriminatory international law should negotiating with the country in question prove profitable:

I ask him if Carnival would have been willing to take cruise ships to South Africa during the apartheid era and not carry black people because that was the law.

He repeats that Carnival follows the laws of the countries it travels to. I guess that means the answer is yes.

When Carnival first announced its new trips — shortly after President Barack Obama’s trip to Cuba in March — reports noted that the company was “working closely” with the Cuban government, though executives expressed more concern with “infrastructure” in dilapidated Havana than the many human rights violations the Castro regime has been accused of and the possibility that Cuba would should similar disregard for the rights of its American clients.

The Cuba trip, the Miami Herald notes, costs “more than twice the price of a cruise on one of the three major cruise lines” to anywhere else in the Caribbean Sea.

Abiding by Cuba’s law banning Cuban-Americans from entering the island by sea may be a violation of the 1964 Civil Rights Act. Title II of the act prohibits American “places of public accommodation” from discriminating on the basis of “race, color, religion, or national origin.” Place of birth, naturally, would fall under “national origin.” A successful lawsuit against Carnival for its discriminatory policy would hinge on proving that a cruise ship is a place of public accommodation.

The Civil Rights Act defines places of public accommodation as “any inn, hotel, motel, or other establishment which provides lodging to transient guests.” It also includes a business that “serves or offers to serve interstate travelers or a substantial portion of the food which it serves” as well as one that “customarily presents films, performances, athletic teams, exhibitions, or other sources of entertainment which move in commerce.” As cruise ships dock, allowing passengers to seek food and entertainment elsewhere, defense attorneys may argue that a cruise ship does not fit the definition.

The highest-profile discrimination cases against cruises have not involved the Civil Rights Act, but the Americans with Disabilities Act (ADA). In 2005, a Norwegian Cruise Lines passenger sued the cruise line alleging he was “treated as a nuisance” and unable to use many of the ship’s functions due to his wheelchair. The court found that the ADA did apply to cruise ships, and in deliberating the case, Justices raised the issue of racial discrimination:

During the argument, the justices voiced concern over the effect of a ruling that limited the reach of U.S. civil rights laws. If cruise ships were found to be free to discriminate against disabled persons, could they also discriminate against blacks? No sooner had the lawyer for the cruise ship industry stepped to the lectern than he was hit with such a question.

“Are they [cruise ships] free to discriminate based on race or to practice racial segregation?” Ginsburg asked.

When the lawyer dodged the question, Justice Sandra Day O’Connor pressed the point.

“Could the ship engage in racial discrimination in selling its tickets?” she asked.

A decade later, Carnival Cruise lines settled a disability discrimination case against them for $350,000 in damages as well as a civil penalty of $55,000, the first time such a penalty was applied in the aftermath of Spector v. Norwegian Cruise Line Ltd.

In a similar, more recent case of common carrier ethnic discrimination, Kuwait Airways chose to cancel flights out of New York rather than abide by anti-discrimination law after it was sued for prohibiting Israeli nationals from purchasing tickets for its flights to London. The airway insisted that not recognizing Israeli passports as legitimate was necessary to abide by Kuwaiti law, an argument the Department of Transportation dismissed. Kuwaiti Airways still flies from New York to Kuwait City, as Israeli nationals are not allowed to enter Kuwait and as such do not pose a legal problem for them in that case. 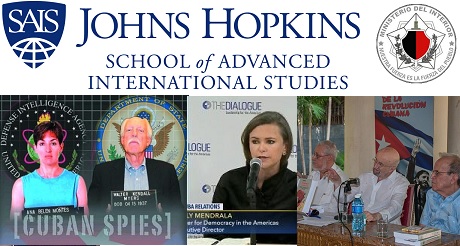 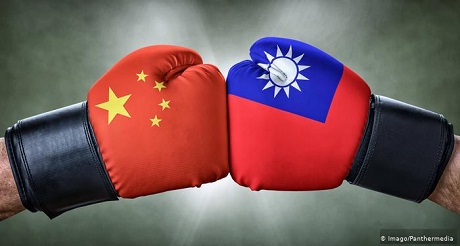 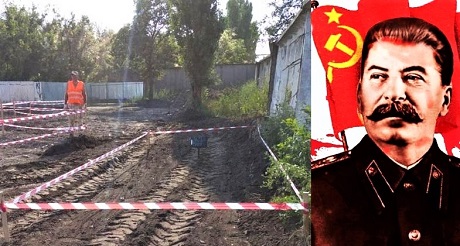 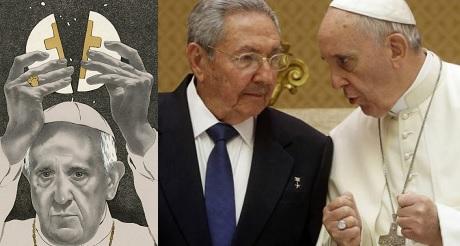