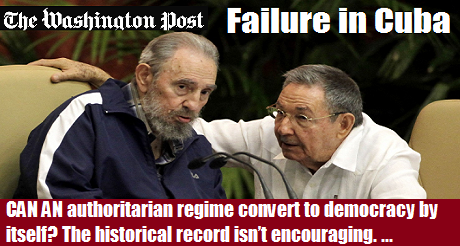 CAN AN authoritarian regime convert to democracy by itself? The historical record isn’t encouraging. In the absence of a popular uprising, it is rare for tyrants to voluntarily retire. The military junta of Burma has promised to relinquish some power to an elected government, but it has not yet delivered. China’s party-state shows no inclination to try. Russia’s strongman is reversing what incipient democracy existed.

This goes to the core of why President Obama’s opening to Cuba seems to be failing to live up to its declared goals. When the end to a half-century of hostility was announced in December 2014, the proclaimed U.S. purpose was to “unleash the potential of 11 million Cubans,” to “engage and empower the Cuban people,” and to “empower the nascent Cuban private sector,” among other things.

The administration continued to offer this rationale for its latest moves. New regulations that took effect Jan. 27 from the Commerce and Treasury departments further lifted restrictions on financing of exports to Cuba and relaxed limits on shipping products to the island. Most importantly, the rules will allow banks to finance exports to Cuba on credit, with the exception of agricultural commodities covered by the still-existing trade embargo, rather than requiring cash as before, or burdensome routing through third countries.

Yet there is scant evidence so far of a sea change in Cuba — perhaps because Mr. Obama continues to offer the Castro regime unilateral concessions requiring nothing in return. Since the United States has placed no human rights conditions on the opening, the Castro regime continues to systematically engage in arbitrary detention of dissidents and others who speak up for democracy. In fact, detentions have spiked in recent months. The state continues to monopolize radio, television and newspapers.

The administration has defined one of its goals as opening Cuba to the Internet, but the nation still suffers from some of the lowest connectivity rates in the world. The regime established a few dozen Wifi spots but charges people $2 an hour to use them; the average salary is $20 a month. The state retains a chokehold on the economy, including tourism; the benefits of a 50 percent increase in U.S. visitors are being garnered by Raúl Castro’s son-in-law, the industry’s boss. .Meanwhile, Cuba’s purchases of U.S. goods have fallen by a double-digit percentage.

The hoped-for explosion in individual enterprise has not materialized either. On the contrary: The number of licensed self-employed workers has been dropping. If there are commercial deals as a result of the latest U.S. measures, it is Cuban state organizations that will benefit; only they are allowed to engage in foreign trade.

What’s most evident over the past year is that the Castro brothers are effectively preventing real change and reform even as they reap the rewards of Mr. Obama’s opening. The president’s only response has been more unilateral concessions, along with talk of a visit to the island before he leaves office. Autocrats everywhere must be watching with envy the Castros’ good fortune. 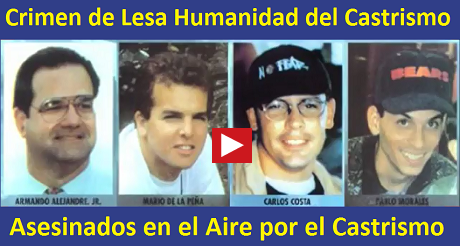 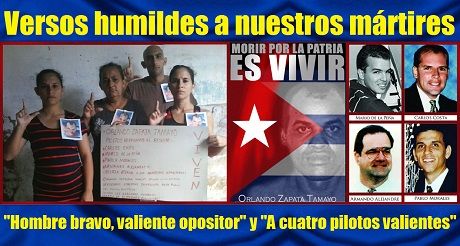 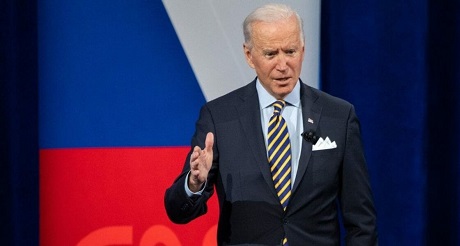 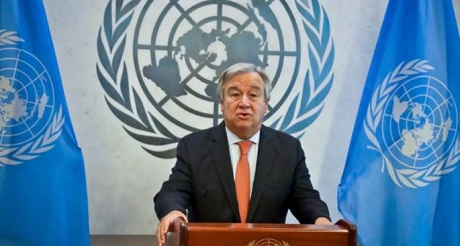